Paul deals with the ministry of the Gospel and tells us what a minister of the Gospel is and does, and how the church should look upon their life and their work.

We have such extremes today

What are you doing for Jesus?

What have you done and what are you planning to do?

What have you accomplished?

Why aren’t you doing more?

Why aren’t you sacrificing more?

Do you feel guilty about it?

Does it weigh on you?

Does it shame you?

Do you dodge people and church because of it?

Or are you just angry and belligerent about feeling guilty all the time…?

So now you just say no to doing anything…

Well I’m here to tell you that all these questions… this guilt… this shame…. This anger and embarrassment is BS.

1. A Servant to Others

1 Corinthians 3:1-5 [1] But I, brothers, could not address you as spiritual people, but as people of the flesh, as infants in Christ. [2] I fed you with milk, not solid food, for you were not ready for it. And even now you are not yet ready, [3] for you are still of the flesh. For while there is jealousy and strife among you, are you not of the flesh and behaving only in a human way? [4] For when one says, “I follow Paul,” and another, “I follow Apollos,” are you not being merely human? [5] What then is Apollos? What is Paul? Servants through whom you believed, as the Lord assigned to each.

The word “minister” here is the same word from which we get our word “deacon,” and it means “a servant.”

For eighteen months Paul was Christ’s servant in Corinth, feeding people the Word,disciplining them, encouraging them, and helping them win others to Christ

The church at Corinth was having problems from being such immature Christians.

They were babes in Christ and could not receive the solid meat of the Word, the deeper truths of the Scriptures (Heb. 5:11–14) about the heavenly ministry of Christ as High Priest.

He had to feed them with milk like a nurse!

Just like little children they argued and divided into cliques, following human leaders.

James 3:13–18 [13] Who is wise and understanding among you? By his good conduct let him show his works in the meekness of wisdom. [14] But if you have bitter jealousy and selfish ambition in your hearts, do not boast and be false to the truth. [15] This is not the wisdom that comes down from above, but is earthly, unspiritual, demonic. [16] For where jealousy and selfish ambition exist, there will be disorder and every vile practice. [17] But the wisdom from above is first pure, then peaceable, gentle, open to reason, full of mercy and good fruits, impartial and sincere. [18] And a harvest of righteousness is sown in peace by those who make peace.

A believer and especially a pastor must be a servant.

We must have a servant’s mind (Phil. 2) and be willing to put…Christ first, others second, and self last.

This is not always easy to do!

We must pray for each other and our spiritual leaders,that God will give us grace and strength to be servants to others.

2. A Sower of Gospel Seed

he portrays the minister as a farmer working in the field.The seed is the Word of God (note the Parable of the Sower in Matt. 13:1ff),and the hearts of the people are the different kinds of soil.

Matthew 13:3-9 [3] And he told them many things in parables, saying: “A sower went out to sow. [4] And as he sowed, some seeds fell along the path, and the birds came and devoured them. [5] Other seeds fell on rocky ground, where they did not have much soil, and immediately they sprang up, since they had no depth of soil, [6] but when the sun rose they were scorched. And since they had no root, they withered away. [7] Other seeds fell among thorns, and the thorns grew up and choked them. [8] Other seeds fell on good soil and produced grain, some a hundredfold, some sixty, some thirty. [9] He who has ears, let him hear.”

On any farm, many different workers are needed.

One prepares the soil; another plants the seed; a third pulls the weeds; and a fourth reaps the harvest.

But all of them share in the harvest, and each receives wages.

“How foolish of you to compare one worker with another!” says Paul.“We are all working together.I planted the seed by founding the church at Corinth; Apollos came along and watered the seed by his preaching and ministering; but only God can give the harvest.

Apollos and I deserve no glory! We are nothing, but God is everything!”

The church was divided over human leaders,

but Paul says in v. 8 that the workers are one,united in purpose and heart; therefore the church should also be one.

How tragic when Christians compare pastors, evangelists, and Bible teachers in the way the people of the world compare athletes or movie stars!

“Laborers together” must always be our motto and motive.

We must take care that the soil of our own hearts is not hard and cold and unable to receive the seed of the Word.

III. A Builder of God’s Temple

1 Corinthians 3:10-17 [10] According to the grace of God given to me, like a skilled master builder I laid a foundation, and someone else is building upon it. Let each one take care how he builds upon it. [11] For no one can lay a foundation other than that which is laid, which is Jesus Christ. [12] Now if anyone builds on the foundation with gold, silver, precious stones, wood, hay, straw—[13] each one's work will become manifest, for the Day will disclose it, because it will be revealed by fire, and the fire will test what sort of work each one has done. [14] If the work that anyone has built on the foundation survives, he will receive a reward. [15] If anyone's work is burned up, he will suffer loss, though he himself will be saved, but only as through fire.

[16] Do you not know that you are God's temple and that God's Spirit dwells in you? [17] If anyone destroys God's temple, God will destroy him. For God's temple is holy, and you are that temple.

This section is one of the most misunderstood passages in all the Bible.

The Roman Catholics use it to “prove” their doctrine of purgatory, that fire will purify people in the next life and make them fit for heaven;the modernists use it to “prove” salvation by good works; andmany evangelical Christians interpret this section as applying to the judgment of individual Christians rather than the building of the local church.

While this passage teaches that there will be a judgment of believers’ works at the judgment seat of Christ, the basic application is to workers and pastors of the local churches.

The local church is compared to a building, or a temple, and the pastor is a builder whose responsibility is to keep the materials in the temple at their very best. Paul was the builder God used to lay the foundation at Corinth, and that foundation was Christ as preached in the Gospel.Along came Apollos, who built upon that foundation, and other pastors followed him.

“Let each one take care how he builds upon it.” (v. 10) is Paul’s warning. He then describes three kinds of Christian workers:

not the cheap, shabby things of the world (wood, hay, stubble).This builder seeks to honor Christ, aiming for quality that will glorify Christ, not quantity that will win the praise of men.

Wise builders use the Word, they pray and depend on the Spirit; as a result, their work is lasting. When the fire tries their work in glory, it will stand!

The second builder uses materials that cannot stand the test.

This is the Christian worker who is in a hurry to build a crowd,but does not take time to build a church. The materials come from the world—wood, hay, stubble. These workers do not test people’s professions by the Word to see if they are truly followers of Christ; they merely take them into the church and rejoice in bigger statistics.When this ministry is tested in eternity, it will burn up. The worker will be saved, but there will be no reward. Like Lot, the worker will be saved, as by fire.

Finally, the destroyer does not build the church but tears it down.

The word “defile” in v. 17 really means “destroy.”It takes no talent or intelligence to tear something down;even a child (and the Corinthians were like babies) can destroy something.

Sad to say, there are Christian workers whose selfish ministries destroy local churches instead of building them up. God has a severe judgment awaiting them. Paul is saying all this to teach the Corinthian Christians to love and respect their pastors and each other. To pray for them because they had this tremendous task of building the local church for God’s glory. The Christian who is a “preacher follower” is helping to build with wood, hay, and stubble. The church member who loves the Word, obeys the teaching of the Word, and seeks to keep the local church at its best spiritually is helping the pastor build with gold, silver, and precious stones.

The judgment seat of Christ will reveal that many great churches were not great at all.

Do you not know that you are God's temple and that God's Spirit dwells in you?

By God’s Spirit, this is who we are and God is redeeming everything in our lives

INSTEAD, by knowing who we are and who are becoming, we will begin to ask God-centered questions like

Does this bring me closer to God, into his presence, where I can know him and depend on Him more? Does this bring more glory and honor to God?—even if brings less comfort or ease to me?Does this bring a greater witness to God, make much of His name—even if it makes less of mine?

God never stops building His kingdom through us… As Paul said, “I am sure of this, that he who began a good work in you will bring it to completion at the day of Jesus Christ (Phil 1.6)

Every Christian is a minister… But where do I start?

To whom should you be ministering and how?

Don’t be overwhelmed by the task of ministering to others.

Galatians 6:1-2 Brothers, if anyone is caught in any transgression, you who are spiritual should restore him in a spirit of gentleness. Keep watch on yourself, lest you too be tempted. Bear one another's burdens, and so fulfill the law of Christ.

Ministry sounds intimidating until you develop a realistic view of what ministry is really about. Maybe you’re not gifted to preach sermons, start a rehab clinic or lead a marriage retreat. But you do know people who are hurting, who are struggling … Do you know people who are carrying burdens? If so, then your first steps toward ministry are easy … Help Them.

Think about your unique setting and identify a few opportunities that God has given you to ministr to the people around you. Have you taken advantage of these opportunities?

What would it look like for you to help bear someone else’s burden? Is there anyone in your life right now whom you should be helping in this way? 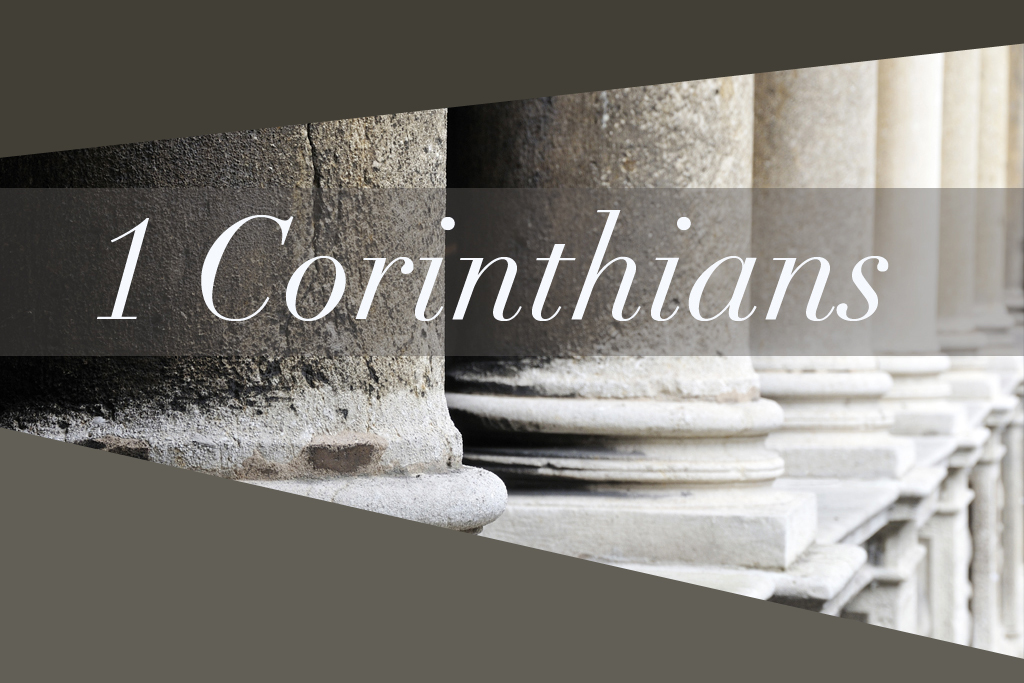